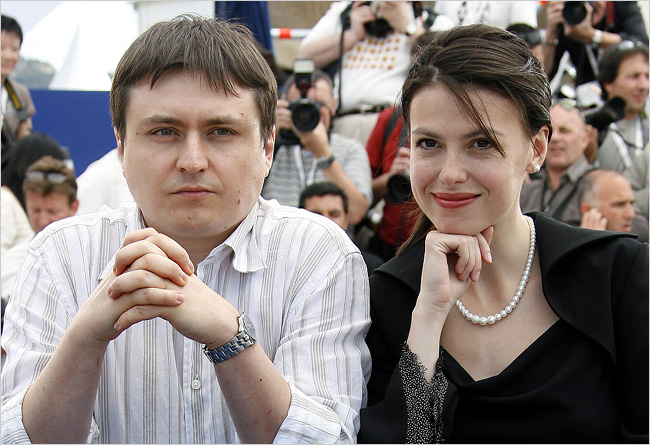 “The party — an opening night ritual that only the very wisest among us have learned to avoid — was in a hangarlike structure called La Palestra some distance from the Croisette, the main drag. It housed a kind of Eurotrash version of Mr. Wong’s version of Americana.

There was the usual throb of dance music, a rotating circular dance floor and huge video monitors showing rather unflattering images of the party itself. Airstream trailers had been made over into diners and V.I.P. lounges, and guests were served cheeseburgers and milkshakes as well as whiskey and Champagne. There were jars of candy on the tables outside, and on one of the bars in La Palestra sat an untouched blueberry pie (though it might have been a tart) waiting for Ms. Jones or some other lovelorn late-night straggler to take the first slice.”